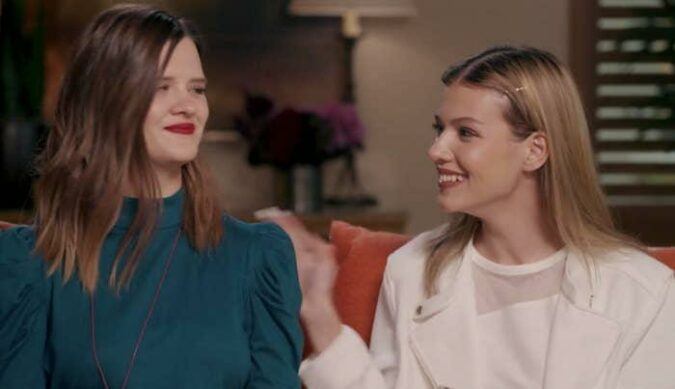 1.Until the night she called 911, Jordan Turpin had never talked to anyone on a phone before.

“I was trying to dial 911, but I couldn’t even get my thumb to press the buttons because I was shaking so bad,” she remembered.

2.Before meeting Deputy Anthony Colace who came to see her that night, Jordan had also never spoken to a stranger before.

3.Once she escaped, Jordan was terrified of being caught by her parents because “they wouldn’t care if they knew police were coming. They would just kill [her] right then and there.”

4.One time, Jordan was caught watching videos online and she was choked against the bed as punishment. “I thought I was going to die,” she said.

5.The family “lived in filth,” to the point where Jordan would sometimes wake up unable to breathe. The children also never took baths.

6.The parents would buy tons of new children’s clothing and toys, which remained unused, while the kids would be dressed in the same filthy outfits.

7.The Turpin’s mother, Louise, was just 16 when she got married. The couple was deeply embedded in the Pentecostal Church community. Early on, they told people God has called on them to have as many children as they can.

8.Jordan had photos of her sisters chained up on her phone and used them to convince the police officer that her story was true.

9.When the children were taken to the hospital, doctors noticed that they were so emaciated they had “difficulty in walking,” “stunted height,” “heart damage from a lack of nutrients,” and more.

10.For years, the children were given just leaves, grass, ketchup, mustard, and ice cubes to eat while living in a trailer by themselves.

11.The parents frequently used the bible to justify their abuse to the children.

Jennifer said they told the children that they even “had the right to kill [them]” if they didn’t listen.

12.The abuse included being thrown across the room, pushed down the stairs, being beaten with a belt or tent stick, and being put in dog kennels with padlocks.

14.Jordan has a unique vocabulary and speech pattern and had never heard of words like “medication” or “injuries” before.

15.Jordan felt inspired to make an escape after secretly watching Justin Bieber videos on her brother’s smartphone. The videos opened her eyes to how other kids actually live.