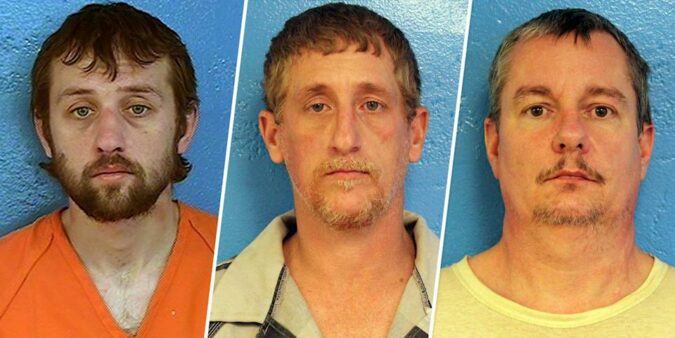 Two of three Tennessee inmates who escaped from a county jail through the HVAC air vent system are dead, and the hunt for the third continues, authorities announced.

Tobias Wayne Carr, 38; Johnny Shane Brown, 50; and Timothy Allen Sarver, 45, escaped from the Sullivan County Jail in Tennessee on Friday morning, leaving through the vent on the roof.

Carr and Sarver were “confirmed deceased” in Wilmington, North Carolina, after they were involved in a robbery at a convenience store and in a car pursuit, the Sullivan County Sheriff’s Office said in an update Monday afternoon.