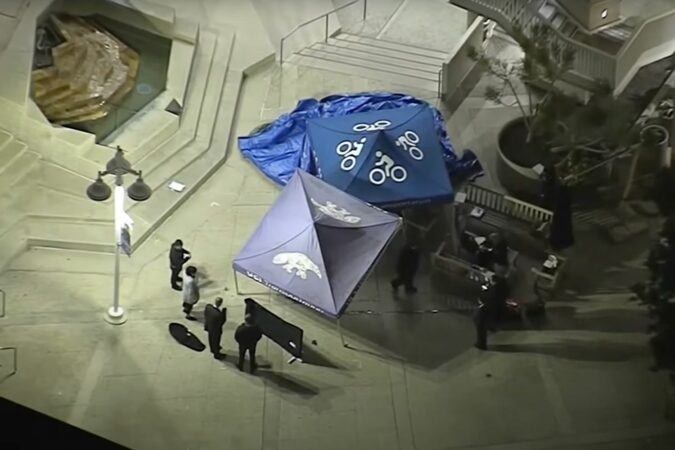 A former University of California, Irvine, student threw his mother off a campus building before killing himself on Tuesday, police said.

Andrew Nguyen Doan, 36, and his mother, Thao Thai Nguyen, 77, were found dead on the ground outside the university’s Social Sciences Plaza B building, according to a news releasefrom the Irvine Police Department.

Athena Strand: Tanner Horner told investigators he strangled her after hitting her with his van