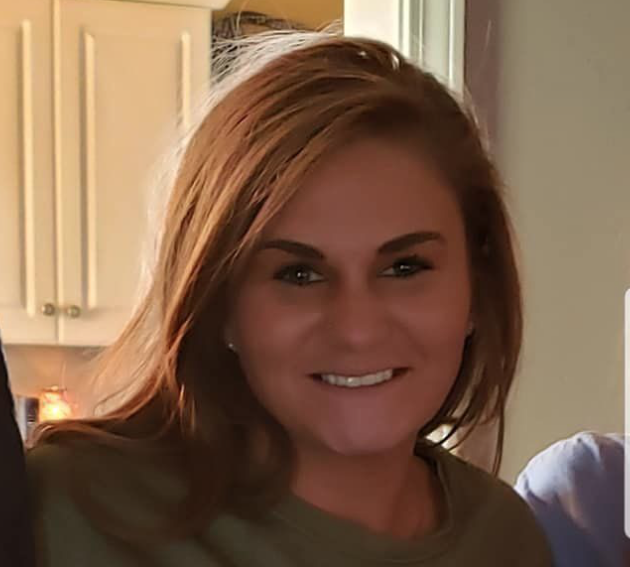 A 29-year-old woman is missing after she was last seen leaving an Alabama bar with two strangers, multiple outlets reported.

According to Alabama.com, police said Paighton Laine Houston was last seen Friday night at Tin Roof in the Lakeview District of Birmingham with two men. Officials said she left with them willingly.

The Trussville Tribune reported that Huston sent a text message to a friend just after midnight Friday that said, “Idk who im with so if I call please answer. I feel in trouble.”

The Birmingham Police Department did not respond to PEOPLE’s request for comment.

Houston’s mother, Charlaine Houston, said on Facebook Sunday that Paighton’s bank account has not been accessed in over 24 hours and her phone is going directly to voicemail. 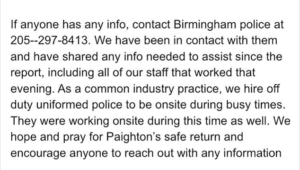