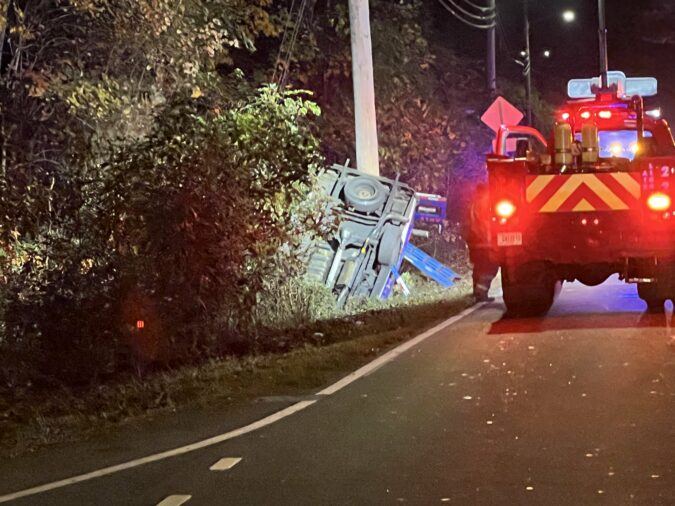 An ambulance driver in Georgia was arrested and charged with driving under the influence and homicide after he crashed the vehicle last week, resulting in the death of a patient who was inside, authorities said.

The incident happened at about 7:30 p.m. on Friday in Fairburn, about 20 miles away from Atlanta, according to WSB-TV. When local authorities arrived at the scene, they discovered that the ambulance had turned over in a ditch, according to the report.

WSB-TV reporter Matt Johnson posted photos that showed the ambulance flipped over on the side of the road.

A patient in an ambulance died when the ambulance driver drove the vehicle into a ditch in Fairburn tonight, according to police. We are on the scene where we saw troopers conducting a field sobriety test and putting one person in handcuffs. Story @ 11pm. pic.twitter.com/XpPu048ofq