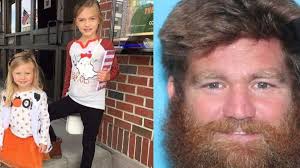 MISSION, Kan. (AP) — Authorities found two girls who were abducted from a Kansas home where two boys were discovered dead Saturday, and a suspect is in custody.

The Kansas Amber Alert System said about 7 p.m. on Twitter that the girls were found by the Oklahoma Highway Patrol near Erick, Oklahoma.

The Kansas Bureau of Investigation earlier identified the girls as 3-year-old Aven Jackson and 7-year-old Nora Jackson. An Amber Alert said the suspect in the abduction is the girls’ father, 40-year-old Donny Jackson.