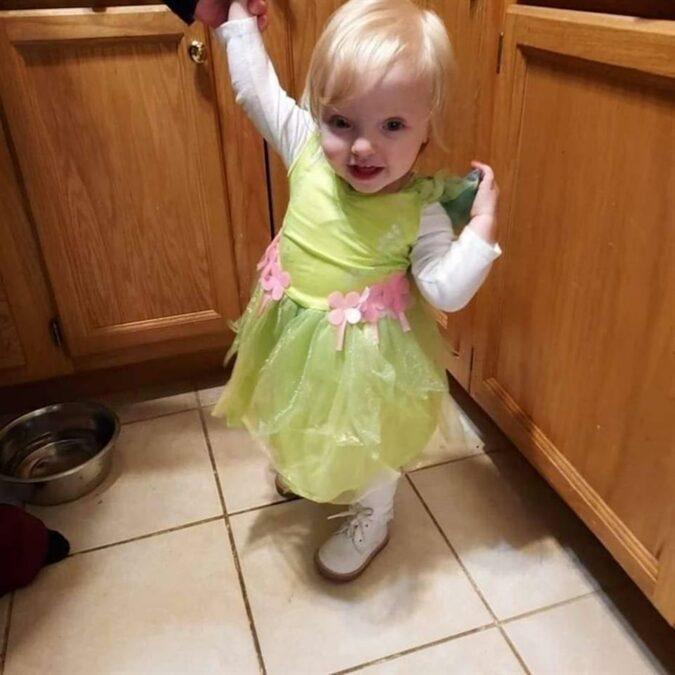 Sophia Faye Davis loved to eat noodles. She slept with a stuffed hippo that made soothing sounds and reflected stars on her ceiling. She sang and danced as she pounded on the keys of her toy piano.

These are the memories of her only child Cassy Needham clings to — not the final month of Sophia’s life filled with child abuse allegations, failed investigations and ignored pleas for help that ended with a beating so severe the tiny, blonde, blue-eyed 19-month-old wouldn’t survive it.

Sophia’s father’s girlfriend Cierra Coker is charged in Logan County with first-degree murder and aggravated battery to a child, accused of beating the toddler to death.

But a month before she died, Needham reported her concerns her baby was being abused to the Illinois Department of Children and Family Services. But DCFS did not intervene, Needham said. As of Friday, the investigation into those claims remains open.

On Jan. 2, Needham picked up her daughter from an overnight visit with the infant’s father and was shocked by the condition of her daughter.

Needham found scratches on her head, a black eye, cuts on her mouth, bruises on her face, and what appeared to be friction burns on her face. Sophia wasn’t moving her left arm so Needham took her to HSHS St. John’s Hospital in Springfield. It was broken.

“The doctor there told me they suspected child abuse and called DCFS,” Needham said.

An investigation was opened and a DCFS worker came to her house the next day and asked to see Sophia, Needham said. She also checked Needham’s home to ensure it was safe and Sophia had the essentials.

Another worker went to Sophia’s father’s home and spoke with the father and his girlfriend, Coker. It was relayed to Needham that Coker told the investigator Sophia was injured accidentally by other children in the home.

“Her story kept changing, though. I was just very nervous about sending her back there,” Needham said.

The investigator told Needham she would unfound the case, meaning they would find the allegations not credible. Sophia’s father was ready to see her again.

“I asked if we could put a safety plan in place, but DCFS told me that they were going to unfound the case,” Needham said.

Facing pressure from Sophia’s father to resume visitation, Needham agreed to let him take Sophia for the night Feb. 5.

‘I told her something was wrong’

The next afternoon, Needham received a call from Coker, telling her Sophia was having trouble breathing and bleeding from her mouth.

“I told her to call 911. I told her something was wrong,” Needham said.

Eventually, Needham reached out herself to get help for her daughter. Paramedics arrived at the apartment in Lincoln that Coker shared with Sophia’s father. Emergency medical technicians transferred the baby to the hospital in Lincoln, but due to her serious condition she was airlifted to HSHS St. John’s Hospital in Springfield.

But it was too late, Needham said.

Sophia died Feb. 8. An autopsy would find she died as a result of a traumatic brain injury, due to blunt force injuries of the head.

The DCFS investigation into the abuse allegations remains open.

Sophia’s the third child in as many months to die after reports of abuse or neglect. DCFS Director Marc Smith has been held in contempt six times so far this year for failing put children under the state’s care in proper placements. A DCFS investigator was murdered when checking on the welfare of six children.