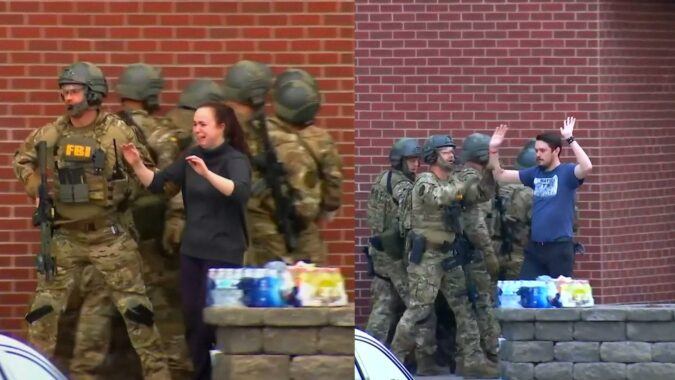 A bank robber live-streamed himself holding five people hostage, all while the FBI surrounded the St. Cloud, Minnesota Wells Fargo. Money can be seen scattered across the floor as he orders a female hostage to act as the go-between with the FBI. The nine-hour siege began when a teller pressed a panic button that summoned cops. The suspect collected cell phones and used one to live-stream. Five hours in, the hostages began to be released to cheers from spectators gathered outside.