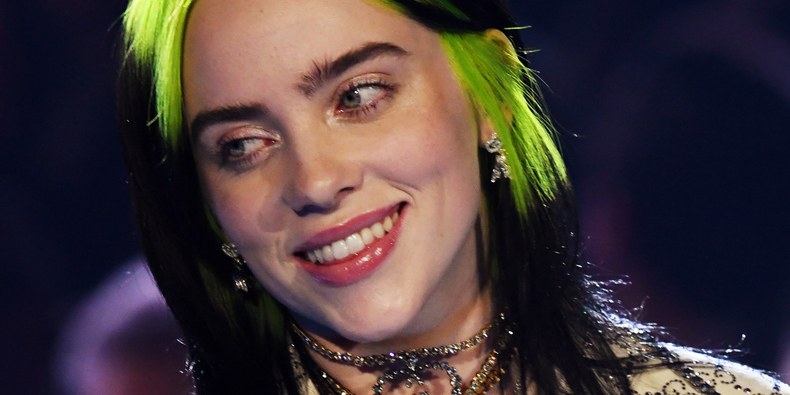 Billie Eilish just got even more candid about her struggles with mental health in a new interview. The singer, who has never been shy when it comes to discussing her depression opened up to Vogue about what she believes caused her rough patch that hit a few years back.

As true Billie fans know, the 18-year-old singer danced competitively when she was younger and she has spoken before about how the “tiny clothes” she was forced to wear made her self conscious about her appearance. “That was the peak of my body dysmorphia,” she told Rolling Stone back in August. “I couldn’t look in the mirror at all.”

Now, Billie is revealing that there were other instances that she believes also caused her bout of depression, “including a dance injury, a toxic friend group, and a romantic relationship with someone who treated her poorly.”

Billie rarely opens up about her love life. Pretty much the only other thing we know is that she had a terrible first kiss with a guy named Henry about three years ago. It’s unclear if that is the guy who treated Billie poorly, since she didn’t provide any more information.

The singer also talked about her former body issues again, saying that when she was younger, she wanted to be a model, but she didn’t think she had the body for it. “I was chubby and short,” she said. “I developed really early. I had boobs at nine. I got my period at 11. So my body was going faster than my brain.”

She even revealed that at some points she engaged in “self-injurious” behavior, though she doesn’t elaborate on that. Eventually, though, she was able to get past the worst of it, and by June of last year she was feeling a lot better. “When people ask me what I’d say to somebody looking for advice on mental health, the only thing I can say is patience,” she said of how she got past her rough patch. “I had patience with myself. I didn’t take that last step. I waited. Things fade.”