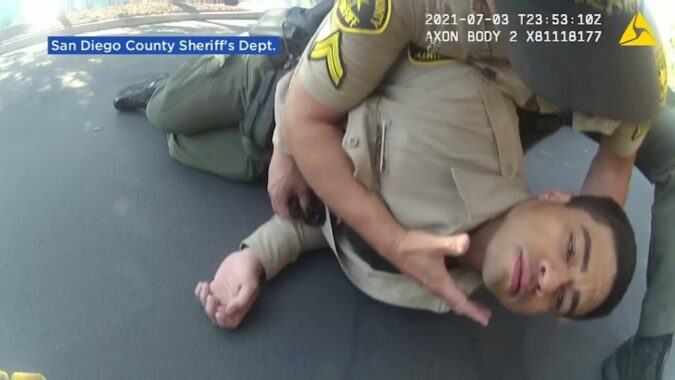 A San Diego County Sheriff’s Department deputy was processing narcotics during an arrest last month when he was exposed to fentanyl. Dramatic footage shows him collapsing before his partner quickly administers a life-saving dose of NARCAN.

SAN DIEGO — Sheriff’s body camera video of a deputy apparently passing out after a superior cautioned him that the drugs he had seized were “super dangerous” went viral with national news coverage Friday, but not before some experts expressed doubts about the scenario.

The San Diego County Sheriff’s Department released body camera video of the July 3 incident Thursday, more than a month after the seizure of what deputies said was confirmed to be synthetic opioid fentanyl, a drug that has defied border barriers and boosted annual overdose deaths here by 200 percent last year.

Postpartum Depression on the rise during the pandemic