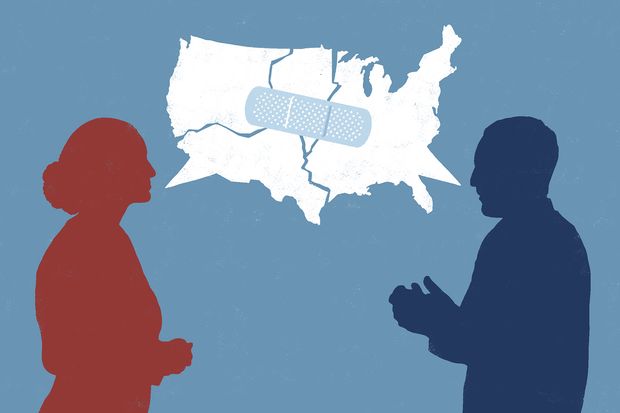 If  President-elect Joe Biden is committed to his pledge to unify the country, he has a lot of work ahead of him. Americans are fiercely split, not only about policy, but on the basic decency of the other side.

In a recent Pew Research Center poll, only about one in five registered voters said they share “core American values” with the other party, and about nine in 10 people worried that a victory by the opposition would do “lasting harm” to America.

“CBS This Morning” co-host Tony Dokoupil tested out one idea to ease this strain: give America a little therapy.

Asked how they were feeling about the state of the country, some Americans didn’t have positive replies.

“I think our country is more divided than ever,” Heather Feshbach said.

After 244 years together as a nation, the country seems to be growing apart. And Americans are concerned about the polarization and division in the country.

“I feel like there’s not a lot of compassion for us as human beings for each other anymore,” Aidan Gianassi said.