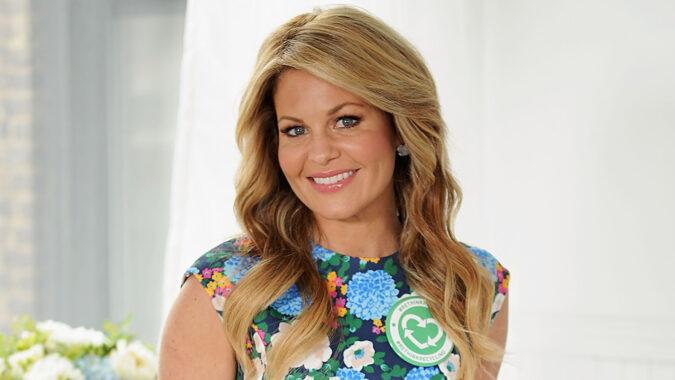 Candace Cameron Bure is 40 years into a thriving acting career: She’s played D.J. Tanner on ’80s series Full House, plus its sequel, this decade; been involved in the national conversation as a host on The View in the 2010s; and, over the last decade or so, has headlined a long list of Hallmark movies — all while continuing to stun.

And yet the thing people usually want to talk to her about is her size.

“It’s still today the most common comment that gets spoken to me is, like, ‘Wow, you’re so small! Wow, you’re thin!’ It was always … even as a child, like, ‘Wow, you’re a lot smaller in person than you look on TV. You’re so chubby on TV.'” Bure tells Yahoo Entertainment, “And, you know, when you hear those things over and over again, and they become so repetitive, it can often become your identity to an extent, or it makes you perceive yourself in a way that you didn’t even think you were, because other people keep speaking that into you.”

Bure has explained that, after the original Full House concluded, she developed bulimia. While she was on the show, she says, producers had been intent on providing a healthy environment for her and the other child actors, because they were aware that Tracey Gold, an actress on another one of the network’s shows, Growing Pains, suffered from anorexia. It was afterward, when she moved to Montreal, a city where she didn’t know anyone, with then fiancé Valeri Bure, that she began binging and purging. She’s previously insisted that her problem with food was actually the result of emotional issues, rather than body image issues, and that she eventually overcame it with the help of her pastor and loved ones.