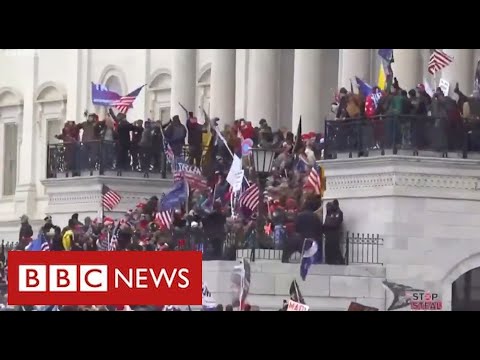 Thousands of supporters of President Trump have stormed the US Capitol building, venting their anger at the victory of Joe Biden in the presidential election. They forced the evacuation and lockdown of Congress, where lawmakers were preparing to approve the election result. Shortly before the clashes President Trump had addressed his supporters near the White House telling them that he would never accept defeat. President-elect Biden called on Mr Trump to tell his people to go home and eventually that was the message delivered from the White House. Washington’s Mayor ordered a curfew as members of the US National Guard were deployed to protect the city.