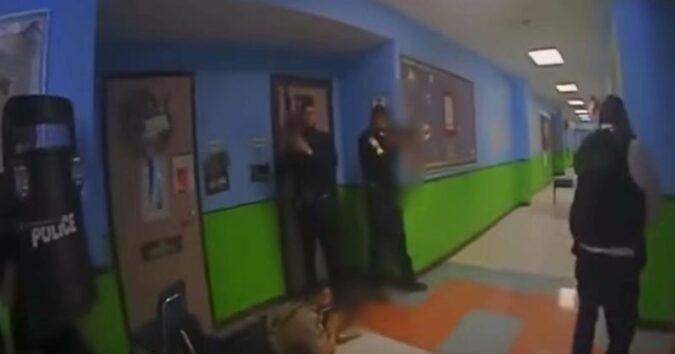 Police officers responding to the Uvalde massacre of 19 children and two teachers whine about their fears of getting shot in newly leaked bodycam footage from the day of the tragedy. Nearly 400 law enforcement officers from different agencies responded to the shooting at Robb Elementary School in May, but waited outside the building for over an hour while 18-year-old gunman Salvador Ramos slaughtered his way through two classrooms of children. In the footage, heavily armed officers with bullet proof vests from the Texas Department of Public Safety [DPS] linger outside. “Want to jump the f—–g gate or what?” asks one officer in the video obtained by a San Antonio, Texas TV station.