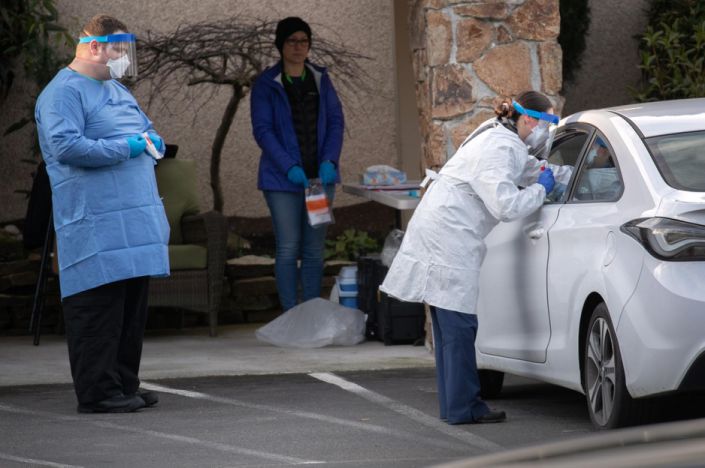 Andrew Buncombe
The IndependentMarch 14, 2020, 6:21 PM CDT
A quarter of the staff at Seattle’s Life Care Centre – which has seen the bulk of coronavirus deaths in the US – have tested positive for the disease, health officials have revealed.

The centre, located in the suburb of Kirkland, has seen at least 27 deaths.

On Saturday, as the national death toll reached 57 and the number of infections passed 2,500, officials in Washington’s King County, which includes Seattle, revealed the toll on staff and carers at the centre.

The King County health department said of 95 of the 180 staff at the centre who had shown symptoms, 47 had tested positive for the virus, 24 tested negative, 1 had tested inconclusively and the results for 5 people were pending.