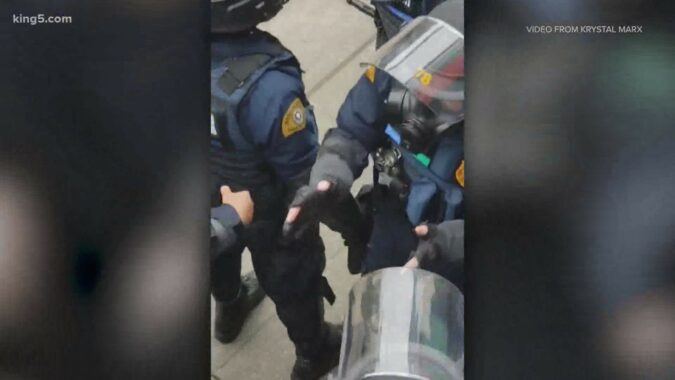 Washington State Patrol has apologized after an officer was captured on video on June 2 telling his colleagues, “Don’t kill them, but hit them hard,” during protests in Seattle over the death of George Floyd and wider police violence in the country.

In a statement to local media, the WSP said it was “aware of the video and apologizes for the poor choice of words by one of our team leaders preparing his troopers for a possibly confrontational situation.”

The Seattle Times reported that WSP spokesman Chris Loftis said the officers “were getting ready to conduct a ‘push technique’ designed to actively force ‘aggressive, non-compliant, and threatening protesters away from a designated area.’”