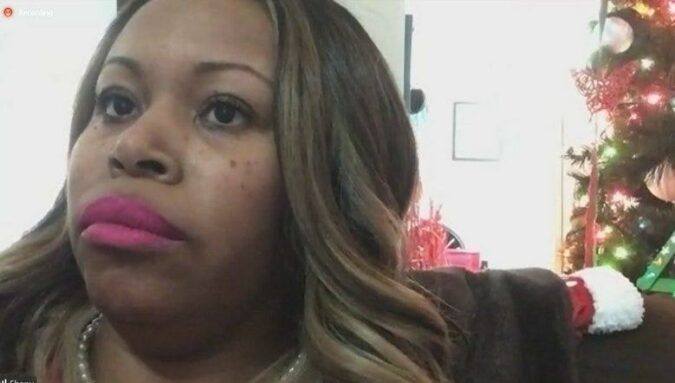 Ebony Wilkerson, the woman who made international news in 2014 when she drove her minivan packed with kids into the rolling surf in Daytona Beach, was released on Friday from nearly all of her remaining court-ordered supervision.

But Circuit Judge Raul Zambrano ordered that SMA Healthcare randomly check with Wilkerson’s doctors in South Carolina to ensure that she continues taking her long-lasting Abilify injections and stays out of legal trouble.

The 40-year-old Wilkerson, who appeared by Zoom, nodded her head as the judge spoke about her gaining insight.

But Zambrano said that people with mental illness take medications which make them feel better. Then they sometimes think they don’t need the medication and stop taking them.

Zambrano said that he wanted to keep checking on Wilkerson so that if she stopped taking her medication or some other problem occurred, she could be summoned to a hearing or taken into custody if necessary.

“I want to release some of the burden on you, but at the same time I’m not ready to let you go free completely without any further supervision,” Zambrano said.

Wilkerson said little during the hearing, except for responding to the judges questions about who her medical providers were in South Carolina. A Christmas tree could be seen behind her and a teenage boy at one time came into camera view briefly but said nothing.

Wilkerson has been in custody or under supervision since March 4, 2014, when she drove her minivan into rough, rolling surf near the Silver Beach Avenue approach.

Wilkerson was pregnant at the time and inside the van with her were her two daughters, ages 10 and 3 at the time, and her son, 9 at the time. The children could be heard screaming as waves rocked the van and people ran to rescue them.

Everyone survived and Wilkerson subsequently gave birth at Halifax Health Medical Center while she was in the custody at the Volusia County Branch Jail.

At a court hearing before Circuit Judge Leah Case in December 2014, Wilkerson testified that she was thinking God was with her and that her children needed a cleansing when she drove into the surf.