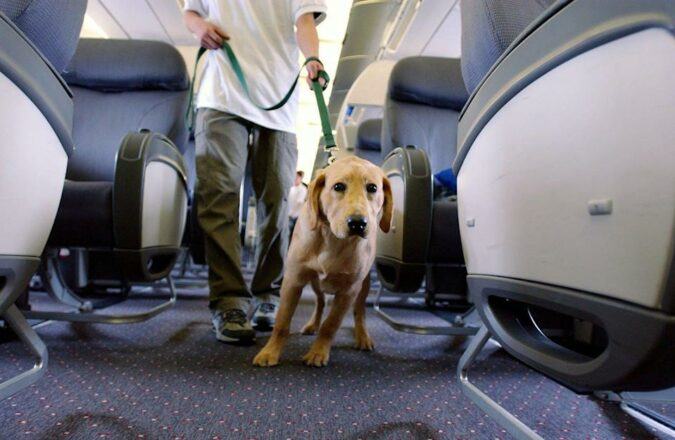 In 2017, Marlin Jackson boarded a cross-country flight. When he got to his row, another passenger was already in the middle seat with an emotional support dog in his lap.

According to Mr. Jackson’s attorney, “The approximately 50-pound dog growled at Mr. Jackson soon after he took his seat…and continued as Mr. Jackson attempted to buckle his seatbelt. The growling increased and the dog lunged for Mr. Jackson’s face…who could not escape due to his position against the plane’s window.” Facial wounds requiring 28 stitches were the result.

I can relate. I am a visually impaired person partnering with my fourth guide dog over a 20-year period. In the past decade, I have increasingly needed to cope with clueless handlers allowing their pets to interfere with my dog’s work.

As a professor of ethics, I teach students to consider first the needs of the most vulnerable. I wish I could teach the same lesson to those who risk public safety with their ill-trained dogs, most of whom are emotional support animals, a category not recognized by the Americans with Disabilities Act.

Over the past decade, purported emotional support animals have increasingly appeared in stores, restaurants and airports. While peacocks, pigs and kangaroos make the headlines, almost all the animals found in no-pet zones are dogs. Dog biting, barking, growling, urinating and defecating are top complaints, with one airline reporting an 84% increase in dog-related incidents from 2016-2018.