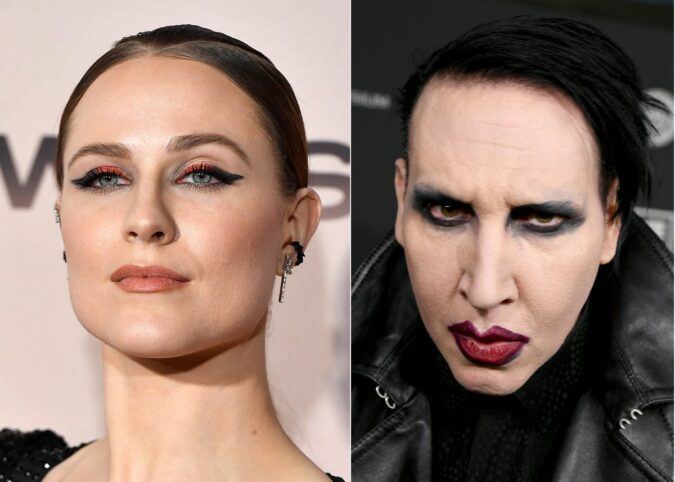 Evan Rachel Wood claims in a new documentary that then-boyfriend Marilyn Manson “essentially raped” her on camera during a 2007 music video.

Wood, now 34, debuted the Amy Berg-directed documentary, “Phoenix Rising,” at the Sundance Film Festival Sunday, complete with graphic, horrifying allegations against the rocker, who she has accused of grooming, brainwashing and manipulation.

The 2007 video for “Heart Shaped Glasses,” which featured the “Thirteen” star having sex with Manson in a rainfall of blood, raised eyebrows at the time, but Wood now claims that the act was supposed to be simulated — until Manson actually penetrated her during the shoot.

“We’re doing things that were not what was pitched to me. We had discussed a simulated sex scene, but once the cameras were rolling, he started penetrating me for real. I had never agreed to that,” Wood says in the documentary, according to Rolling Stone.

“It was complete chaos. I did not feel safe. No one was looking after me. It was a really traumatizing experience filming the video. I felt disgusting and that I had done something shameful and I could tell that the crew was uncomfortable and nobody knew what to do.

“I was coerced into a commercial sex act under false pretenses. That’s when the first crime was committed against me. I was essentially raped on camera.”