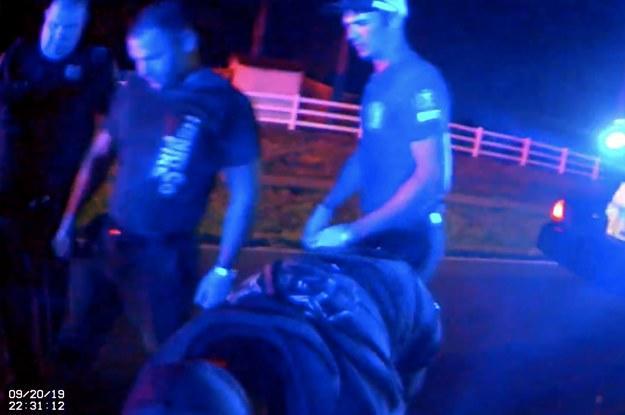 Five Georgia police officers turned themselves in on Tuesday after being indicted on murder charges in the death of 24-year-old Fernando Rodriguez, who was shocked by stun guns more than a dozen times in 2019 and later died of asphyxiation.

Rodriguez was walking near the Atlanta Motor Speedway after leaving the Imagine Music Festival on Sept. 20, 2019, when the officers stopped him. Graphic body camera footage provided to BuzzFeed News by his family’s attorney, Page Pate, shows Rodriguez, who was naked, being repeatedly shocked with a stun gun even after he fell to the ground. Officers can also be heard shouting at Rodriguez to “roll over.”

According to the Henry County prosecutors, Rodriguez died of asphyxiation “as a result of the officers holding him down on the ground while he was handcuffed and shackled, applying pressure to his body.”