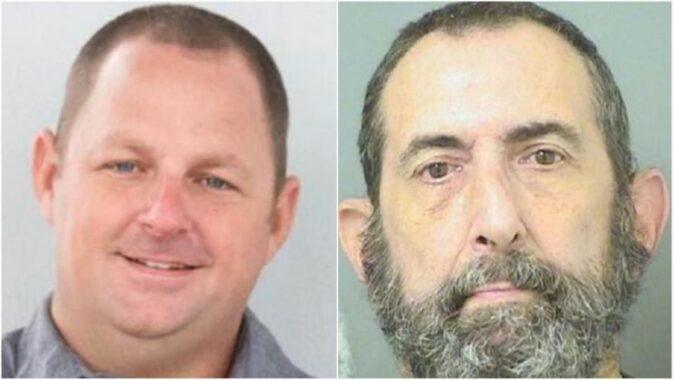 Our hearts are broken as we mourn the loss of our fire Captain James Gilliard.  48 year old Captain Gilliard passed away unexpectedly yesterday. He served Palm Beach County for 21 years.  Our thoughts are with his family. pic.twitter.com/HOfSXOQoBH

On Nov. 2, police received a call from a local jewelry salesman, Jay Brett Rind, reporting an accidental shooting at his apartment in Palm Beach Gardens, Florida.

According to an affidavit filed in court on Nov. 5, Rind told dispatchers that he’d met an old friend, 21-year fire department veteran James Gilliard, for dinner to offer him the “deal of a lifetime.” Rind planned to move to Mexico, and suggested he give his old pal, whom he’d met years prior when Gilliard owned a local pawn shop, two guns.

The friends met for dinner at a local grill, according to the affidavit, where Gilliard had a glass of Merlot. Rind drank a Diet Coke. After the meal, the men drove to Rind’s apartment, where he showed Gilliard the two firearms.

Rind told police that, in attempting to show Gilliard that one gun was empty, he inadvertently shot the captain in the stomach. Gilliard later died from the injury at a nearby hospital. A toxicology report showed he had traces of amphetamines, morphine, oxycodone, and the benzodiazepine alprazolam in his system when he died.

When investigators filed their affidavit three days later, they cited probable cause to charge Rind with one count of manslaughter. “Mr. Rind reiterated that he had no unsettling feeling towards Mr. Gilliard,” the affidavit read, “that they’ve been friends for years [since] the two met while they were in the retail business. Once again, he explained the incident was a total accident.”

But the picture of the accident changed after Florida State Attorney’s Office investigator John P. Boyle reviewed 10 months of texts between the two men, revealing that “Mr. Rind, his roommate ‘Alex,’ and Mr. Gilliard were engaged in an ongoing conspiracy to distribute narcotics that Mr. Ring received prescriptions for, or brought back during his trips to Mexico.”