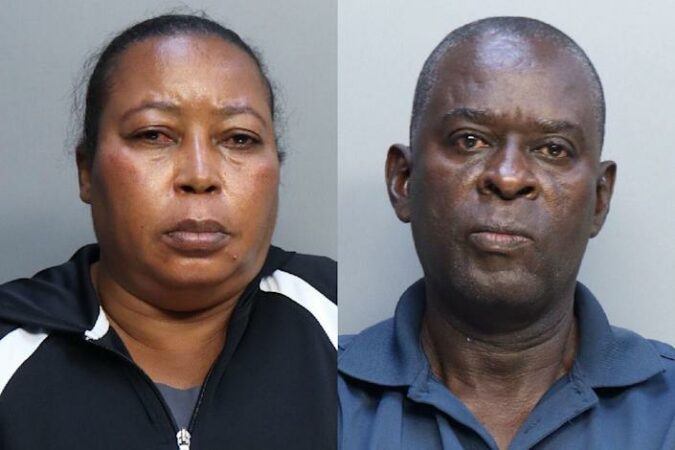 Two people in Florida are accused of abducting a man and subjecting him to three days of torture, police say.

Occius Dorsainvil, 56, and Marie Dorsainvil, 51, were arrested on Friday after Miami Police say they forced their victim into a confession of infidelity, according to NBC Miami. The pair is accused of torturing the male victim over a three-day span last December, during which they allegedly chained him up and forced him to drink bleach.

The suspects were charged with several crimes, including attempted murder, kidnapping, and extortion, according to arrest records.

It is not clear how the two suspects are related.

The violent ordeal began when Marie allegedly asked the victim for a ride to her south Florida residence, according to NBC Miami, citing police. Marie invited the victim up to her apartment, but he declined, referencing his marriage to another woman. Marie told the man that she, too, was married but that her husband was away in Haiti.

The victim gave in and accepted Marie’s invitation into her home.