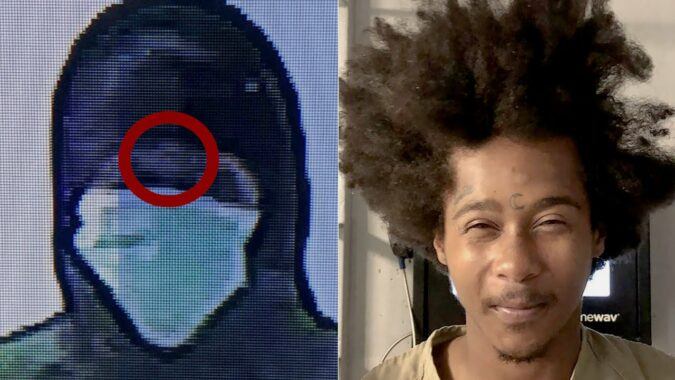 Authorities in Missouri say they may have a serial killer in custody. Perez Reed, 25, was arrested on a federal charge of interstate transport of a firearm with the intent to commit a felony. The FBI says when agents arrested him in Independence, he was carrying a .40-caliber firearm that was consistent with the weapon used in six shootings, four of them fatal, in Missouri and Kansas. Inside Edition Digital’s Mara Montalbano has more.

FERGUSON — The man painted as a serial killer by police was “JoJo” to his extended family on Canfield Drive, where an aunt says he set their house on fire because no one would give him money.

“JoJo’s a good person when you don’t make him mad,” Shanna Williams said. “When you make him mad, he’s like a bomb about to explode.”

Williams has known Perez Deshay Reed since he was a boy. Reed turns 26 years old Wednesday. He now stands accused by the FBI of killing four people in Missouri and two in Kansas. He was arrested after boarding a bus in Independence, Missouri, on Friday, and authorities said he was carrying a gun tied to a string of shootings and killings, stretching from St. Louis to Kansas.