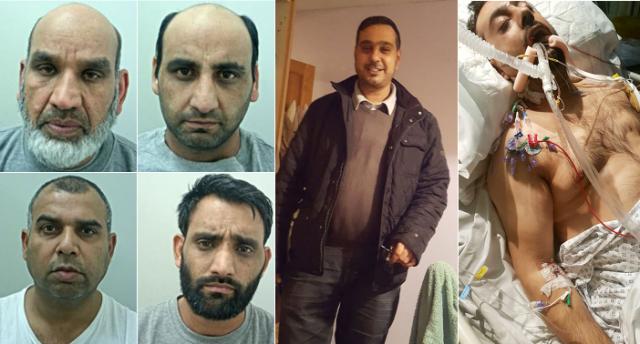 Four men have been jailed for life for the murder of a father-of-four who was subjected to a “vicious and terrifying” machete attack amid a feud between two families.

Sajed Choudry, 42, suffered slash wounds to his ears and his skull was hacked open when he was attacked near his home in Blackburn, Lancashire late last year.

The court heard that the family had been involved in a feud with Mr Choudry’s family since May 2018.

On the evening of the attack, Sadaqat Ali had initially armed himself with a machete and tried to confront Mr Choudry’s son, Ahsan, 24.