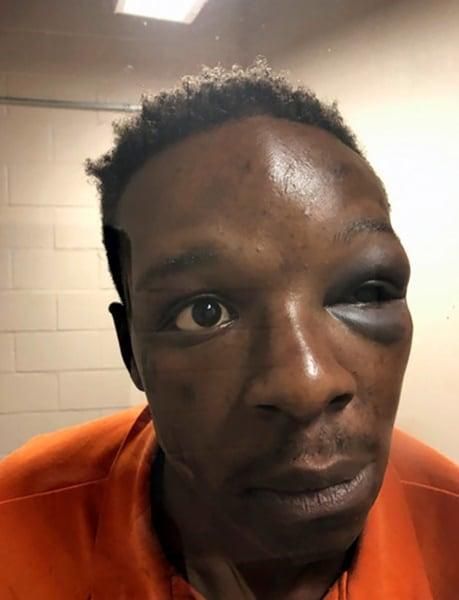 A Georgia police officer is being fired after going on a racist rant against an inmate on suicide watch.

Gregory Hubert Brown was placed on administrative leave without pay after he called a suicidal inmate at the Clayton County Jail a “crazy N-word,” Sheriff Victor Hill said in a statement over the weekend. The incident occurred in front of other inmates and a correctional officer.

Hill said that Brown would be fired within the next 72 hours in compliance with civic service guidelines.

The Atlanta Journal-Constitution reported on Monday that this is the third time in a decade that Brown is being removed from his duties. In 2010, Standards and Training Council records showed that Brown was let go from the Coweta County Jail after two years. The Clayton County Sheriff’s Office hired him in 2011 but he was fired from his position as a jail officer. The details of his previous terminations were not immediately available.