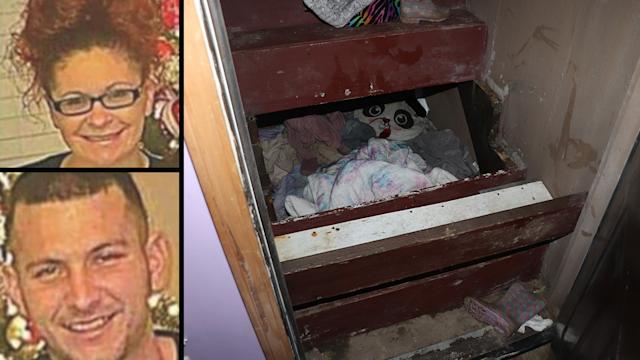 Police had been searching the house for more than an hour when Detective Erik Thiele noticed something odd about the way the steps were built leading from the back of the home.

SAUGERTIES, New York — More than two years after she disappeared, a 6-year-old girl was found stashed under the staircase of a home in eastern New York.

The case broke Monday night when a detective pried open the staircase and found Paislee Shultis in a “small, cold, and wet” secret room, where she was hiding with her biological, “non-custodial” mother in a Fawn Road home, according to Town of Saugerties police.

Police arrested Paislee’s  biological parents, who did not have custody of her and had been suspected of abducting her.