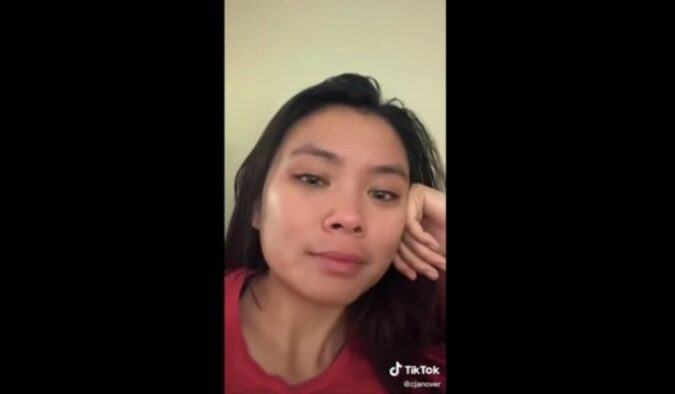 A recent Harvard graduate who threatened to “stab” anyone who told her “all lives matter” has been fired from her job, she announced in a tearful video.

Claira Janover, who said in a viral but since-deleted TikTok post that she would “stab” those with “the nerve” to say “all lives matter,” posted several tearful videos explaining that her new employer, Deloitte, had fired her.

“I know this is what Trump supporters wanted because standing up for Black Lives Matter put me in a place online to be seen by millions of people,” Janover explained. “The job that I worked really hard to get and meant a lot to me just called me and fired me because of everything.”

In a second video, Janover claimed that “Trump supporters took my job away from me.”

“I have gotten death threats, rape threats, violent threats and it’s okay — but now it’s just like my future is entirely compromised because Trump supporters have decided to come for my life,” she stated. “I’m too strong for you. I am too strong for any of you, ‘all lives matter’ racist Trump supporters. It sucks but it doesn’t suck as much as systemic racism.”