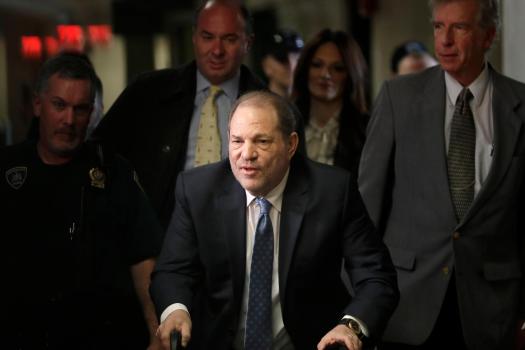 After months of delays, Harvey Weinstein is finally on his way to Los Angeles to face multiple rape charges.

Facing up to a 140 years behind bars if found guilty in the California courts, the already incarcerated producer was bundled onto a plane in upstate New York early Tuesday morning for his extradition to the City of Angels.