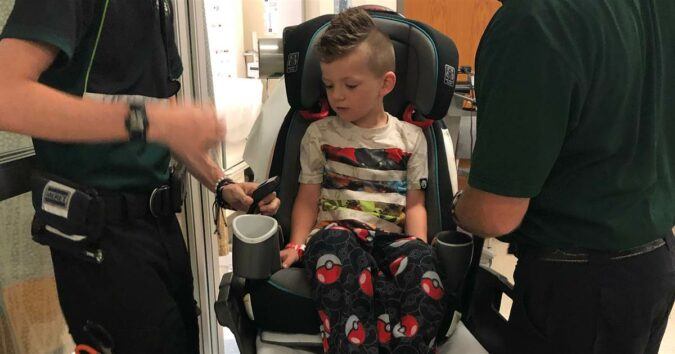 Justin MacNair stepped out of the room for just a moment, but when he returned his then 4-year-old stepson, Peyton, was crying a bit. He said he swallowed something and it was stuck in his throat. When MacNair’s wife, Jessica, peered into Peyton’s mouth, she realized what he swallowed and how dangerous it was.

“I looked in the back of his throat and saw two magnets stuck together, one on each side of his uvula,” the 30-year-old science teacher from Greenwood, Indiana, told TODAY.

Next she noticed the rest of the small, round magnetic balls were missing. When she couldn’t find them, she realized what had happened: Peyton swallowed them. They rushed to the local emergency room.