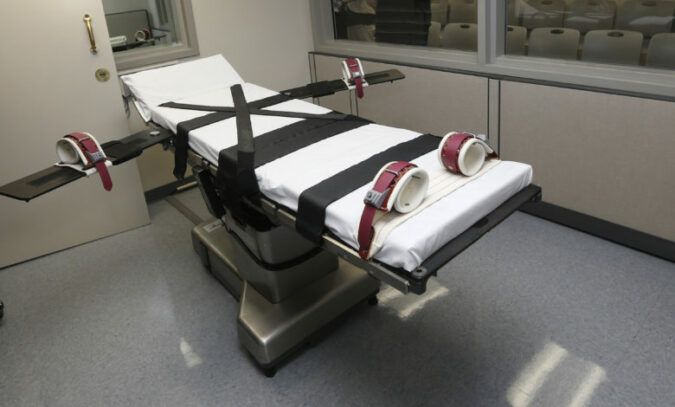 OKLAHOMA CITY (AP) — A federal judge in Oklahoma ruled Monday the state can move forward with scheduled lethal injections for five death row inmates, including Julius Jones, whose case has drawn international attention and who is scheduled to die on Nov. 28.

Judge Stephen Friot denied a motion for a preliminary injunction sought by the five inmates, paving the way for the state to proceed with seven lethal injections scheduled over the next six months. The state is scheduled to conduct its first execution in more than six years on Thursday when John Marion Grant, 60, is set to receive a lethal injection for the 1998 killing of a prison cafeteria worker.

Grant, Jones and three other death row inmates were removed from a federal lawsuit challenging the state’s three-drug lethal injection protocol because none of the five offered an alternative method of execution. A trial on that challenge is scheduled before Friot in February.

“The case is complete in this court as to these five plaintiffs,” Friot said. Keep Reading