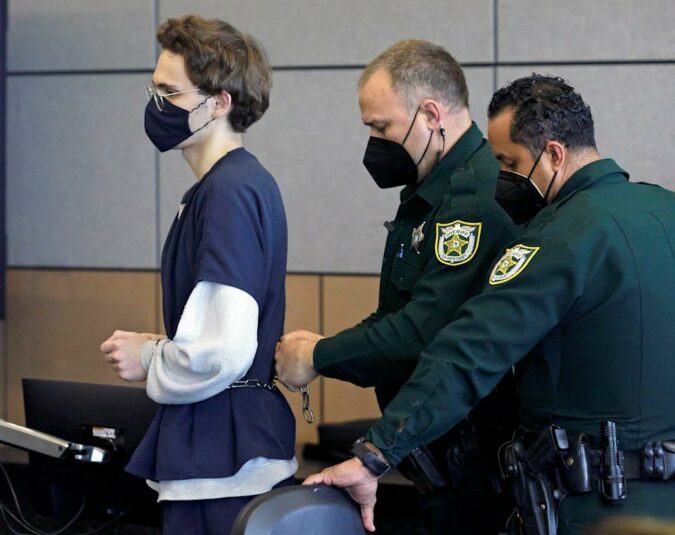 WEST PALM BEACH — Corey Johnson apologized Thursday for killing 13-year-old Jovanni Sierra at a 2018 sleepover. He even denounced ISIS – the militant Islamic group that his lawyers say influenced his thinking before the murder – at his sentencing.

“I know I contributed to the spread of evil in this world,” Johnson, now 21, told the court.

But it wasn’t enough.

Circuit Judge Cheryl Caracuzzo sentenced Johnson to life in prison at the end of the three-hour hearing in West Palm Beach.

“I do not think rehabilitation is likely,” Caracuzzo told Johnson in announcing his sentencing and denying his request to spend 40 years in prison instead. She cited his willingness to kill for extremist views.

In November 2020, a jury found Johnson guilty of first-degree murder and two counts of attempted murder during the March 12, 2018, incident at his best friend’s home at BallenIsles Country Club in Palm Beach Gardens.

Prosecutors said Johnson, who was 17 at the time of the attacks, killed Sierra after the 13-year-old made a remark Johnson considered offensive to his newly professed Muslim faith. He also stabbed Elaine Simon, the owner of the home, and Dane Bancroft, her younger son and Sierra’s best friend.

Johnson’s attorneys did not dispute that that the one-time Jupiter resident – whose online behavior at William T. Dwyer High School drew the attention of the FBI – had done “unspeakable damage.”

They said a severe bout of depression, medications such as Zoloft and online activities like watching ISIS videos fueled Johnson’s behavior and led him to become “psychotic and delusional.” They asked the jury to find him not guilty by reason of insanity.

Sierra’s mother and grandmother spoke at the sentencing hearing and asked the judge to sentence Johnson to life in prison. Sierra’s family also shared memories of the boy, who died on his 13th birthday, during the hearing.

Karen Sierra Velez, Sierra’s mother, called March 12, 2018, the worst day of her life. She played a slideshow with photos of her son before testifying during the hearing.

“I remember calling my son’s phone for a while after he passed just to hear his voice,” she told the court.