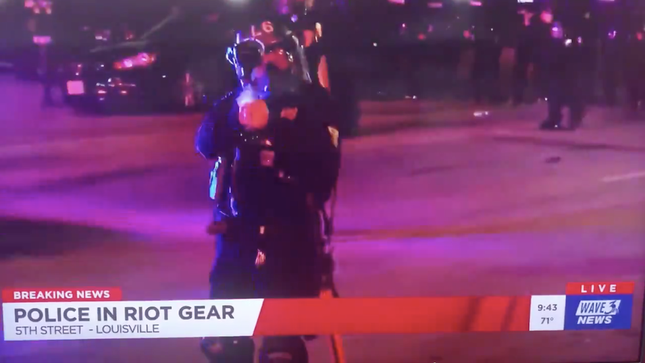 A reporter for an NBC affiliate station in Louisville, KY was fired upon by police Friday night during a live broadcast covering street protests in that city.

Kaitlin Rust, a journalist at WAVE 3, was live on the air when a man wearing a mask and vest that said “police” began firing at her and a colleague.

The Louisville community was already angered by an earlier police shooting in a drug raid at the home of Breonna Taylor, an innocent victim of a wrong address mixup. The situation was further inflamed this week by the death of George Floyd, a Minneapolis man who died in police custody in that city.

The reporter’s shooting was posted to Twitter by a viewer and exceeded 1.5 million views within an hour.

This just happened on live tv. Wow, what a douche bag. pic.twitter.com/dQKheEcCvb