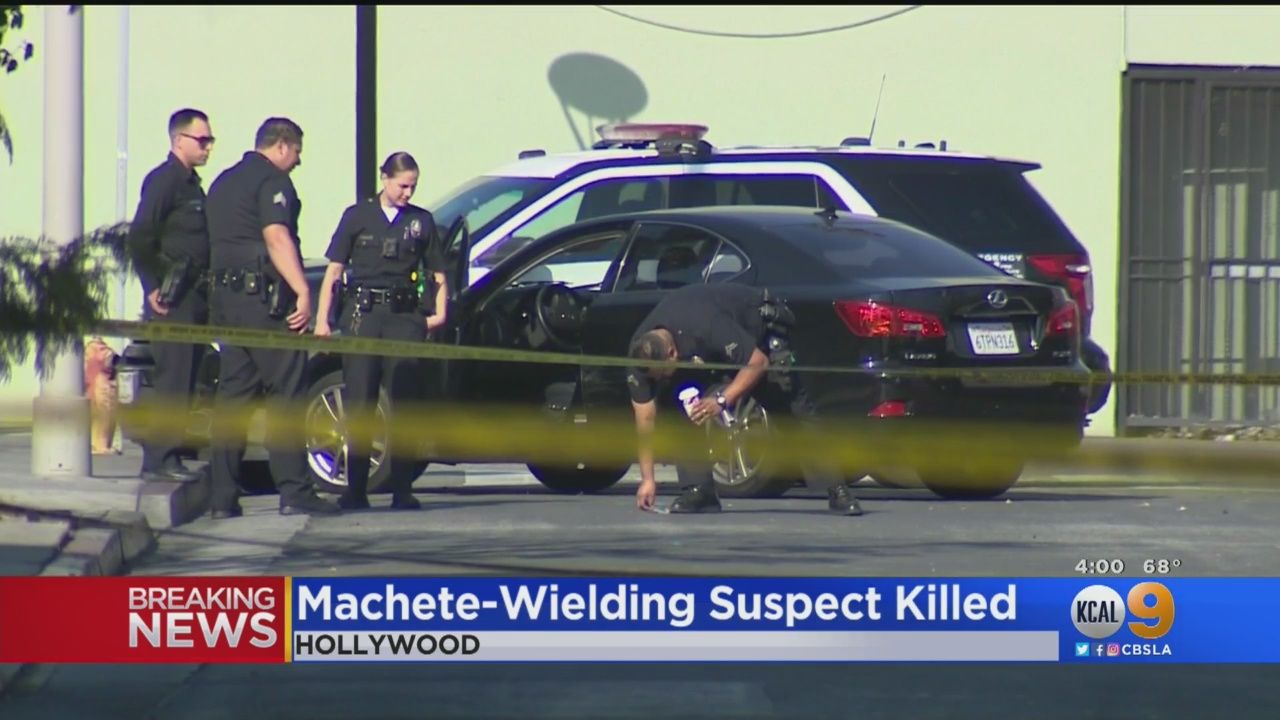 HOLLYWOOD (CBSLA) – A man wielding a machete was shot and killed by Los Angeles police after going on a crime spree in Hollywood Monday morning in which he robbed an auto shop, carjacked a vehicle and then crashed into several police cruisers.

The ordeal began at around 11:30 a.m., when the suspect entered an auto parts store at Highland Avenue, near Sunset Boulevard, and robbed it while armed with a machete.

The store clerk told CBSLA’s Dave Lopez the suspect entered the store waving around a large knife before stealing some batteries and jumper cables.

“That knife has been declared to be a machete, large in length, about a foot to a foot-and-a-half in length with the blade,” LAPD Lt. Chris Ramirez said at a Monday afternoon news conference.