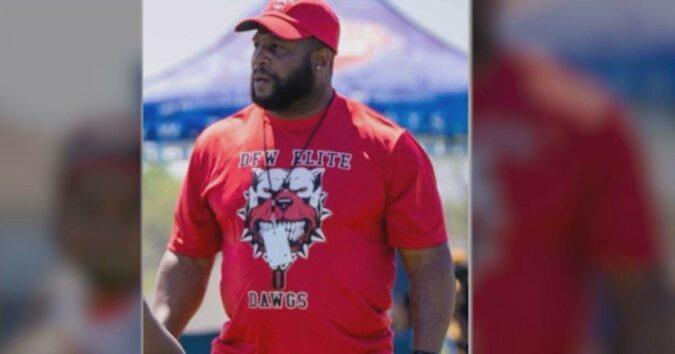 LANCASTER, Texas — The brother of retired NFL cornerback Aqib Talib turned himself in to authorities Monday after police identified him as a suspect in the shooting death of a coach at a youth football game in Texas.

Yaqub Salik Talib is suspected in the Saturday night shooting that killed a man, police in the Dallas-area city of Lancaster said. Authorities have not yet identified the man, but family and friends say he was a coach.