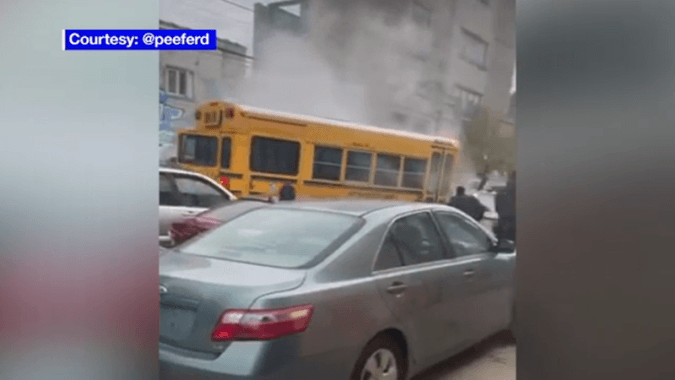 EAST NEW YORK, Brooklyn (WABC) — Police are investigating after they say a man stole an unoccupied school bus in East New York and struck 15-20 parked vehicles before he was stopped.

The incident was reported Thursday afternoon around 3 p.m. when the man stole the bus at East 51st Street between Linden Blvd and Lenox Road.

Authorities tracked the bus through multiple precincts, eventually taking the suspect into custody in Brownsville at Jamaica and Sheffield avenues.

Anthony Reyes, 43, was later charged with grand larceny, reckless endangerment, unauthorized use of a vehicle, forgery, criminal possession of stolen property, obstruction of a governmental authority, resisting arrest, leaving the scene of an accident and fleeing an officer in a motor vehicle.

Before he was stopped, Reyes struck multiple vehicles along the way as well as a building on East New York Avenue.