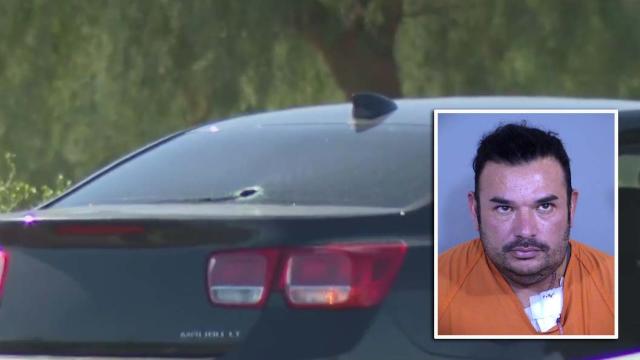 Police say the incident started when two men from separate vehicles got into an altercation, got out of their cars, and began fighting in the intersection. “One of the adult males believed that something was going on further, so he grabbed a knife and stabbed the other adult male,” said Sgt. Brian Bower.

The 28-year-old man with the knife ran to his black sedan, according to police, with a woman and an 8-year-old girl inside. “While he’s driving away from the scene, the adult male who was stabbed multiple times brandishes a handgun, and fires at that vehicle as it’s fleeing the area,” said Sgt. Bowers. A clear bullet hole can be seen in the back of the sedan. Sgt. Bower said the young girl was in the rear seat when she was shot.

The girl was taken to a hospital in critical condition. Police said that she died from her injuries and that the man who pulled the trigger, 48-year-old Sidney Garrand, was arrested and booked into jail after he was released from the hospital. He is accused of first-degree murder.

This Is How Depression Feels