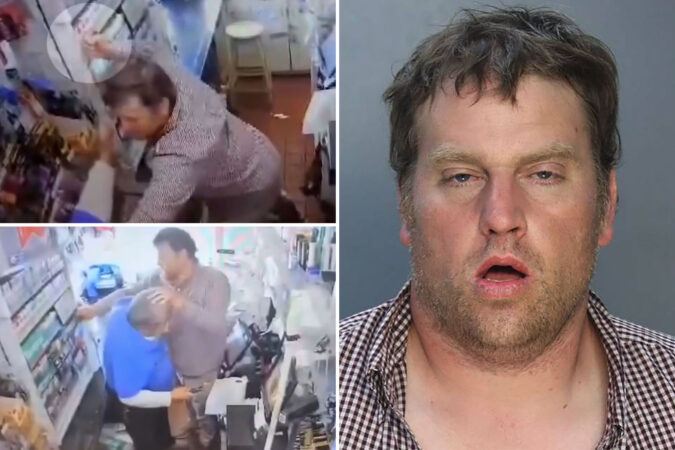 A man has been arrested in Miami on attempted murder and other felony counts after being caught on surveillance video repeatedly stabbing a gas station clerk who confronted him about shoplifting, police said. Billy Joe Martin, 39, from Phoenix, was taken into custody Monday and booked into the Miami-Dade County jail on charges of attempted felony murder, armed robbery, burglary with assault or battery and battery on a law enforcement officer.

The brutal attack unfolded around 1 p.m. Monday at the Mobil gas station in the 570 block of NW 79th Street in Miami, where an employee working the counter allegedly spotted Martin grabbing a beer can from a refrigerator and slipping it into his pocket. According to an arrest report cited by NBC Miami, the store clerk walked up to Martin, asking him, “What did you put in your pocket?”