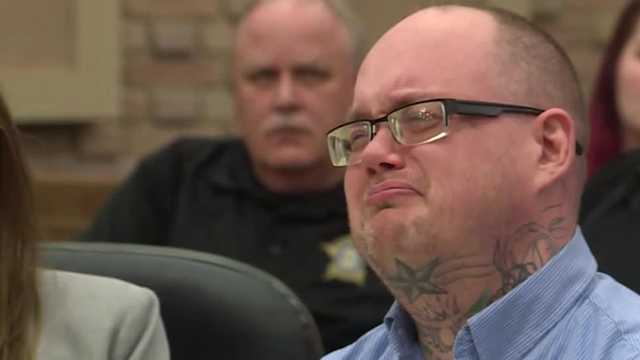 The Upstate man charged with shooting and killing another man, woman and her 11-year-old girl, then leaving the state will spend the rest of his life behind bars.

Jeffery David Powell, 36, appeared in court Friday morning where he pleaded guilty to three counts of murder and one count of attempted murder.

He also shot and injured Megan Dinkins’ 8-year-old old son before taking an Uber to GSP International Airport and flying to Jacksonville, Florida.

Later that night, he was arrested at a Red Roof Inn in Jacksonville.