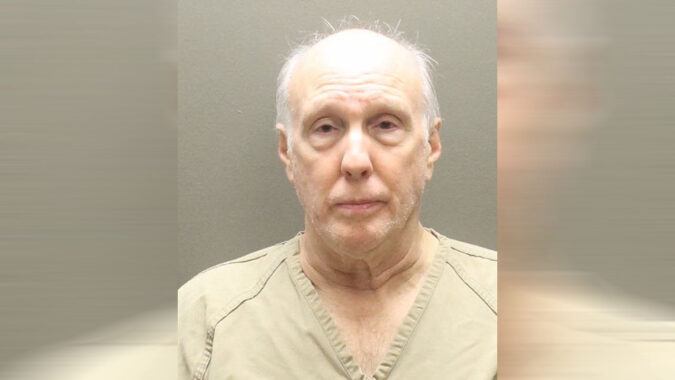 A man in Ohio who was convicted of collecting boys’ urine from bathrooms is now facing child pornography charges, police say.

Investigators went to Patton’s Columbus home, where they seized several storage devices with “images loaded on them,” police told WSYX.

He was arrested Thursday and charged with pandering sexually-oriented material involving a minor — child pornography, according to the Franklin County Sheriff’s Office.

Patton is a registered sex offender and has an extensive criminal history, according to WBNS.

In 2008, he was convicted of criminal mischief and collecting bodily substances without consent after police say he collected urine from restrooms used by boys, WCMH reported.

The case led to Ohio lawmakers’ 2010 decision to make it illegal to collect someone’s bodily fluids without their permission, according to WSYX.

Sheriff Dallas Baldwin said he believes he first crossed paths with Baldwin in the early 1980s when police got a call from a local recreation center that staff members had caught someone putting cellophane over toilet seats, WSYX reported. Patton was arrested in connection with the incident, the Dispatch reported.