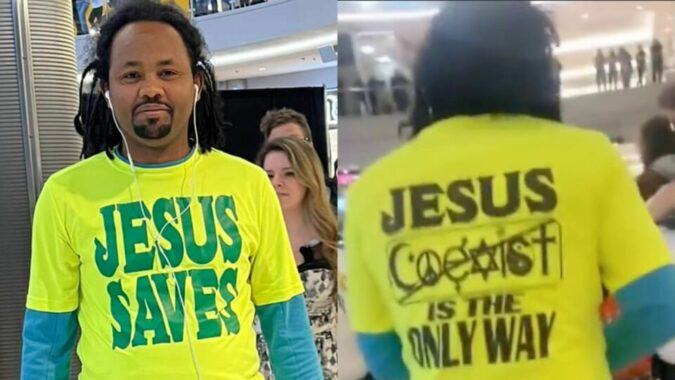 A man inside the Mall of America last week was ordered by security guards to remove his T-shirt that read “Jesus is the only way” in a viral confrontation that has sparked online outrage. The man’s bright yellow shirt read “Jesus saves” on the front and “Jesus is the only way” on the back with the “Coexist” symbol, which represents peace among different religions, crossed out, the footage shows. Security guards told the man that other shoppers at the mall in Bloomington, Minnesota, said they were offended by the shirt. “Jesus is associated with religion and it’s offending people,” one of the guards tells the man in the video from the Jan. 7 incident. The man tries to reason with the guards, telling them that he didn’t speak or say anything to anyone — in terms of preaching.