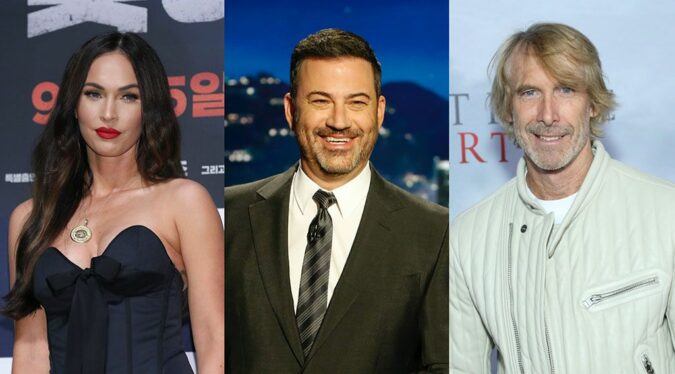 Two things: Megan Fox was a victim of an industry that took advantage of her, and what Michael Bay did was disgusting. She deserved better.

Also, she was goddamn brilliant in Jennifer’s Body, a film that deserves a second chance. pic.twitter.com/ipefEtjB4o

Jimmy Kimmel and Michael Bay are getting heat after an old Megan Fox clip resurfaced over the weekend. In a 2009 interview with Kimmel, Fox described having to dance for the Transformers director in a bikini at age 15 as the late night host smiled.

“I had just turned 15 and I was an extra in Bad Boys II,” Fox explained on Jimmy Kimmel Live!. “They were shooting this club scene and they brought me in and I was wearing a stars and stripes bikini and a red cowboy hat and, like, six-inch heels. He approved it and they said, ‘Michael, she’s 15 so you can’t sit her at the bar and she can’t have a drink in her hand.’ So his solution to that problem was to then have me dancing underneath a waterfall getting soaking wet.”

crazy how all this happened to megan fox 10 years ago. and the only thing that came of it was megan fox being called a slut and robbed of the career she deserved. pic.twitter.com/QG5ZadDFQi

remember how Megan Fox was like "Hollywood is full of powerful men who openly sexualize children, on camera, and off. it happened to me…" and everyone laughed at her, then said, "duh! every man sexualizes kids!" and then laughed again? yeah. https://t.co/D4H2ELgdUk

I feel like I’m looking at all of this information with fresh eyes. We should’ve fought for Megan Fox 😩 She’s a queen who felt like she couldn’t tell her #MeToo story bc she didn’t embody the traditional “victim”. Deadass watching Jennifer’s Body, rn. Collect that royalty💰sis! https://t.co/biahP0psoM

Everybody failed Megan. It makes me so angry because she always has been outspoken about it and something should have been done but now feels like she can’t and it’s all so fucked. https://t.co/3DYIYNs7WO

megan fox apart from being sexualized by michael bay as a kid she also appeared in a episode of two and a half men as a 16 y/o girl who was too sexy for her age and both alan and charlie sheen's character wanted to have sex with her.