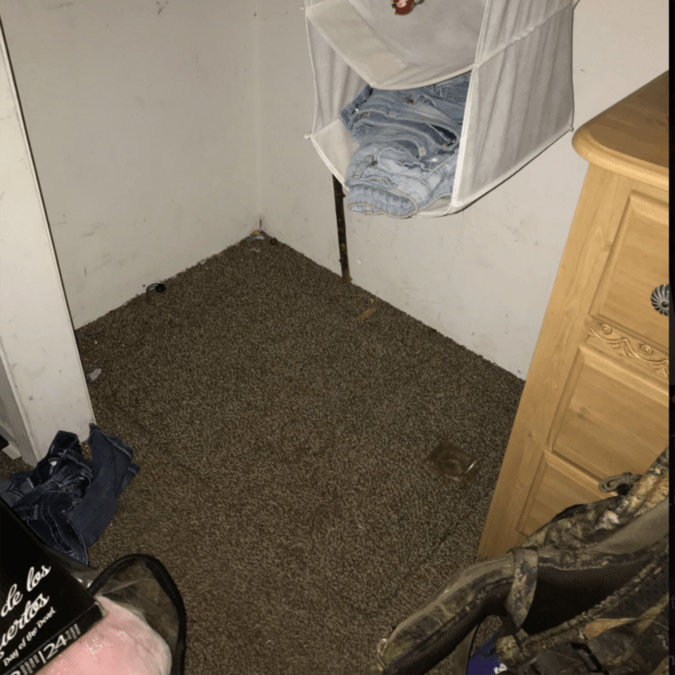 A lengthy search for a teen girl in California ended after police found her hiding in the closet of a home that had a trapdoor leading to a secret sleeping area on a dirt floor under the house, the local sheriff’s office said.

Three adults were facing charges after the missing 14-year-old was found on Oct. 31 deep inside a closet at the home in West Point, east of Sacramento, the Calaveras County sheriff’s office said.

The girl, whom TODAY is not naming because she is a minor, was reported missing on Oct. 22. Police said her family had given her permission to spend a few nights at a friend’s house, but when her mom went to get her, the people in the home said the teen had already left.

People at the house in West Point later told deputies that they’d last seen the girl walking down the driveway.

A week later, the sheriff’s office got a warrant to search the home where she was last seen.