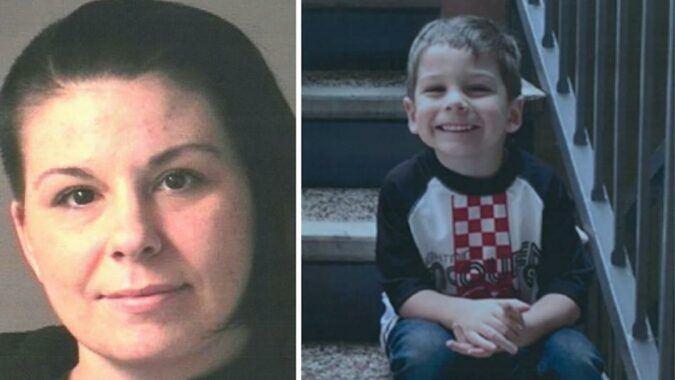 A New Hampshire mother texted a friend about her 5-year-old’s uncontrollable behavior, comparing her son to a couple of prolific serial killers. “I want him gone,” she allegedly wrote. Four months later, the child’s body was discovered in the Abington woods.

The haunting messages from Danielle Dauphinais were shared with The Boston Globe by her childhood friend, Erika Wolfe. Though Wolfe said she and Dauphinais had not spoken in years, Dauphinais reached out over Snapchat to commiserate over a post Wolfe had made about her teenager’s attitude.

“I call him the next Ted Bundy and Jeffrey Dahmer,” Dauphinais wrote, referring to her 5-year-old son Elijah Lewis. “It’s so sad but I have no connection with this child.”

The fourth of her six children, Elijah had been living with Dauphinais since May 2020. She told Wolfe she’d been keeping the boy in his room, as she couldn’t “trust him anymore,” according to the messages.