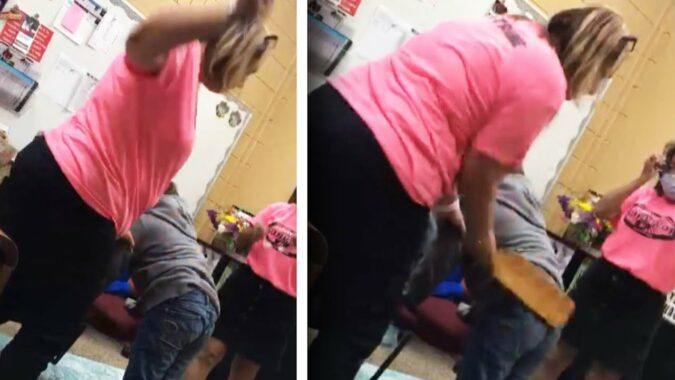 A Florida elementary school principal is under investigation for paddling a 6-year-old student who allegedly damaged a computer, according to reports. The child’s mother recorded the corporal punishment with her cellphone. The young girl can be heard sobbing as the principal and another female school employee hold her against a table, and then strike her three times. The prosecutor’s office is weighing whether to file charges against principal Melissa Carter and her colleague seen in the video.