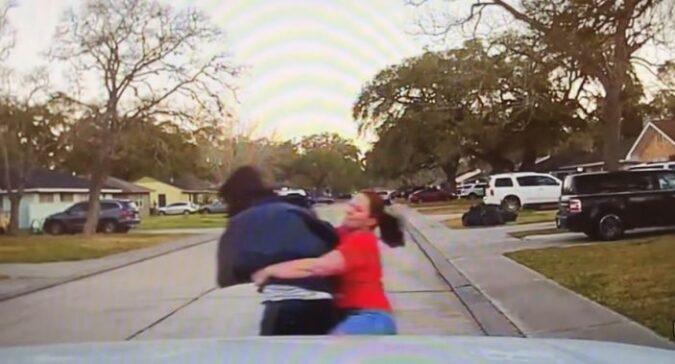 She says she was just protecting her kids, but a Texas mom is getting nationwide notice for the way she tackled a man she says she spotted peeping through her teenage daughter’s window. Cops were called, but it turns out it was mom who took down the suspect. Phyills Pena says she arrived home to see someone peeping into her 15-year-old daughter’s bedroom. The suspect took off and Phyllis gave chase. The tackle was captured on a police dash camera.