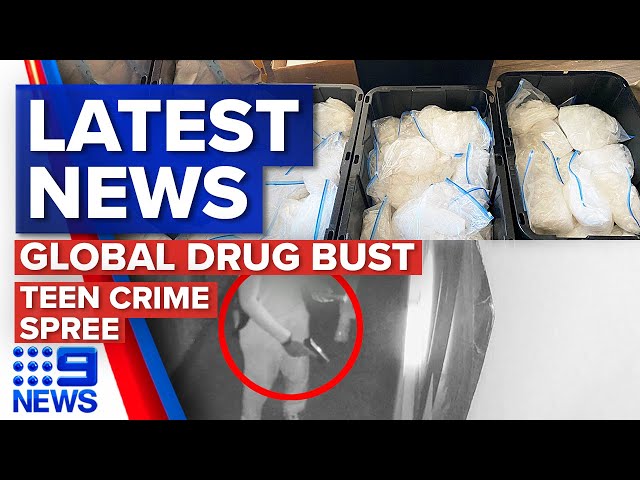 More than 300kg of cocaine and meth has been seized by police as part of a global drug bust in raids in Sydney and Los Angeles. In other news, three teenagers have been charged after a disturbing video emerged of the group allegedly attempting to break into a house in Sydney’s south-west while armed with a weapon.