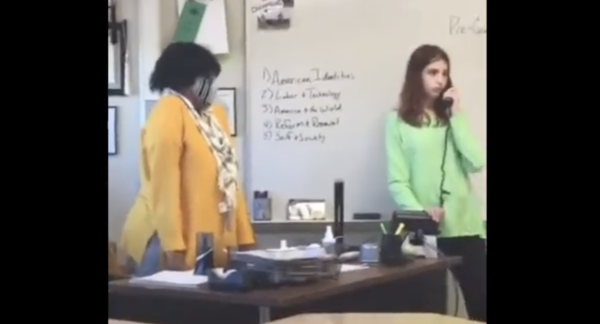 The mother of a Texas high school student seen in a now-viral video hitting and yelling at a Black teacher is citing autism and a bipolar condition for her daughter’s erratic behavior.

In a recent interview with WFAA-TV, Brittany Evans told the news station she was “upset for the teacher” and “upset for her even being in that situation” that was recorded and later uploaded by a Twitter user that has since thousands of views from users online.

Evans told reporters that her daughter, who has not been named, is autistic, bipolar, and battles depression with anxious distress. The mother says she’s been in nearly a dozen meetings in an attempt to have her child placed into a classroom more suitable for children with special needs, but to no avail. “I wish the school would label her correctly so we didn’t have to go through this,” the mother said.