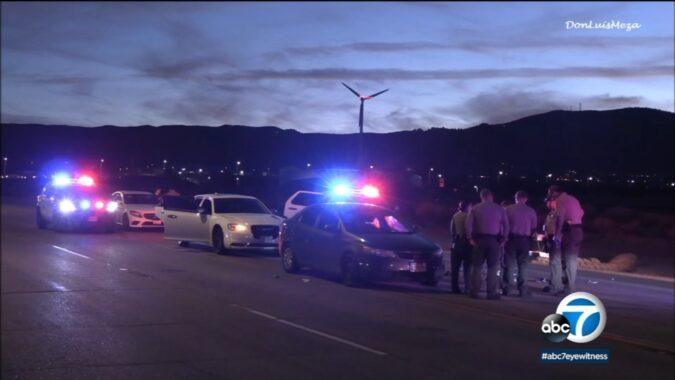 A father is being sought as a homicide suspect after his daughter’s 26-year-old ex-boyfriend was shot and killed on the side of a road in Palmdale, during an argument that occurred after the younger man allegedly chased his former girlfriend with his car.