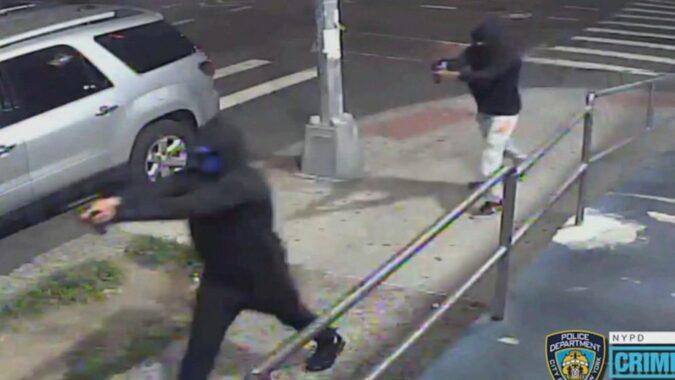 Police are searching for four suspects after 37 shots were fired at a crowd outside a laundromat in Queens.

Police said two gunmen opened fire on a crowd near a busy intersection in North Corona, Queens, on Saturday night, injuring seven bystanders and three alleged members of the Trinitarios gang. The shooters fled with help from two accomplices on scooters.CreditCredit…NYPD, via Twitter