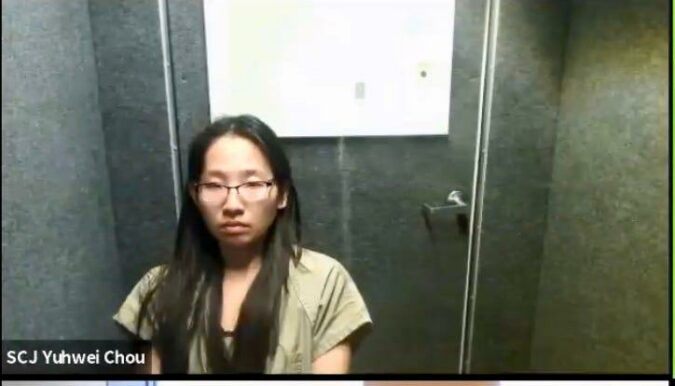 SOMERVILLE – The Montgomery women accused of murdering her two children in Hillsborough last week will remain in the Somerset County Jail pending her trial.

Yuhwei Chou sat still and expressionless in a video room at the jail during a detention hearing before Superior Court Judge Peter Tober Tuesday morning.

Tober, in ordering no release for Chou, said “the facts are particularly horrific in this case.”

Chou, who wore glasses throughout the virtual proceeding, spoke only a few times during the 15-minute hearing, saying she was not a United States citizen, but a Taiwanese citizen. She also said “thank you” at the end of the hearing.